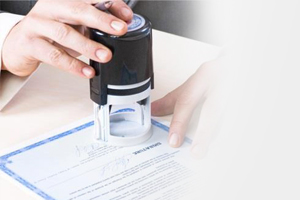 Our company has obtained the accredit as an energy services operators with the GSE (Energy services Manager), for the management of “White certificates”.

Il sistema dei certificati bianchi.
The white certificate system. White certificates, also known as “Energy Efficiency Certificates” are negotiable titles which certify the achievement of energy savings in the final use of energy, through energy efficiency interventions and projects.
The white certificates project was introduced in the Italian legislation from the Italian ministerial decree of July 20th 2004 and further amendments and it implies that electricity and natural gas suppliers annually reach specific primary energy saving aims, calculated in Tons of Petroleum (TEP).

December 28th 2012 decree
The national regulatory framework in this field was recently modified with the publication of the December 28th 2012 decree, which defined the national objectives of energy and gas saving – which increase in time – for companies which supply electricity and gas from 2013 to 2016 and acquaints new subjects who can submit projects aimed at the issue of certificates.
The suppliers who can submit the projects for the issuing of white certificates must supply electricity and gas and must have more than 50 000 final customers the companies controlled by these suppliers, the suppliers which are not obliged, the companies which operate in the energy service, enterprises and institutions which dispose of an energy manager or an energy management system conform to ISO 500001